I hope you are having wonderful start to your week and that you had an amazing weekend.

I had the opportunity, as I do on most weekends out of the year, to teach, coach and educate. 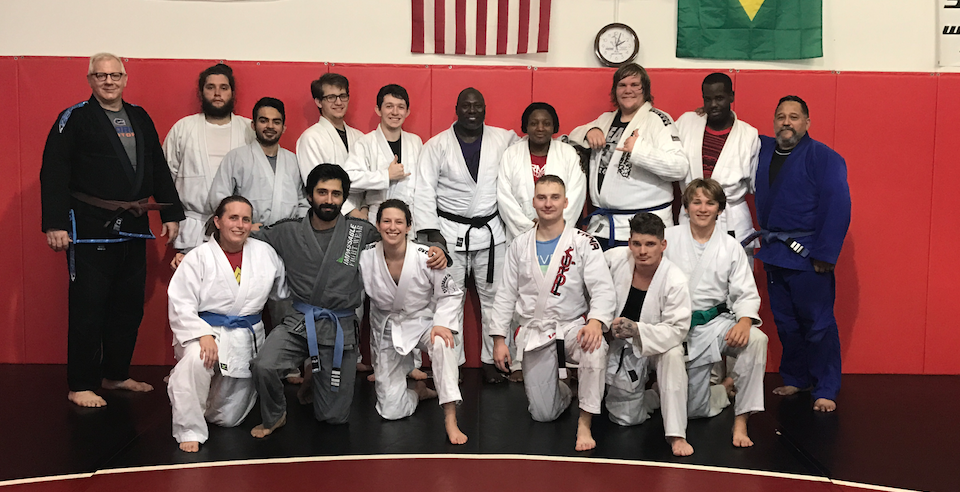 I traveled to Brevard Mixed Martial Arts Academy to provide a seminar on Guard Passing.

As with most of my seminars, there was a theoretical part where I explained what I was going to do and what we were going to cover and then, there was a practical part, where we actually performed that which we covered… in theory.

This approach allows all persons in the room who learn differently to understand the objectives of the day. And also, to get a different perspective and take on the move and understand how the move applies to their overall martial arts experience.

The best part of the seminar was when an attendee by the name of Ms. Britz said to me, “Now I finally understand what I’m doing. I’ve never had anyone who could explain it like this.”  She did not know it at the time, but that was the best moment of the seminar for me.

I’m just appreciative whenever I can help and serve and when God confirms that I am in the right place, at the right time, doing what I am supposed to be doing.

Brevard Mixed Martial Arts Academy is a special place for me because one of the co-owners, Sensei Juan Arellano, was the first person to ever hold pads for me when I decided that I wanted to pursue a career in Mixed Martial Arts.  That was almost 10 years ago. And today, I teach his son Brazilian Jiujitsu at my facility on the west coast of Florida, Tampa Florida Judo.

So, it’s always a little bit nostalgic to travel to the east coast of Florida in order to share with Sensei Arellano and his students.

Do I perceive him as being brilliant, intelligent and smart as hell?

And as a marketer and more specifically an internet marketer, his methods are brilliant and effective.

Is he someone that I have on my prayer list? YES!

Do I think his behavior and deportment does more harm than good? Yes.

Here’s the bottom damn line….when it’s time for me to jump in that Cadillac that don’t have no wheels and no rims….and rides downward and not forward, I can’t answer for Donald Trump.

When that time comes, I don’t want to think that I was doing the right thing…. I want to KNOW that I did the right thing.  And when you are speaking to millions of people on a daily basis and they don’t walk away with “love” and “togetherness” being the overall message, well… I think something is wrong there.

I, for one, communicate with thousands of people per week.

And through all of my rhetoric and playful behavior online, I expect people to be able  to look at my overall body of work and say… “Dr. Ferguson’s goal was to help me become a better person.” And if I can accomplish that while creating millionaires, champions, doctors, and exemplars along the way, then I’m good with that.

And let me say this…. I don’t hate anybody. And hopefully, you are at a place or can get to one where you do not either. 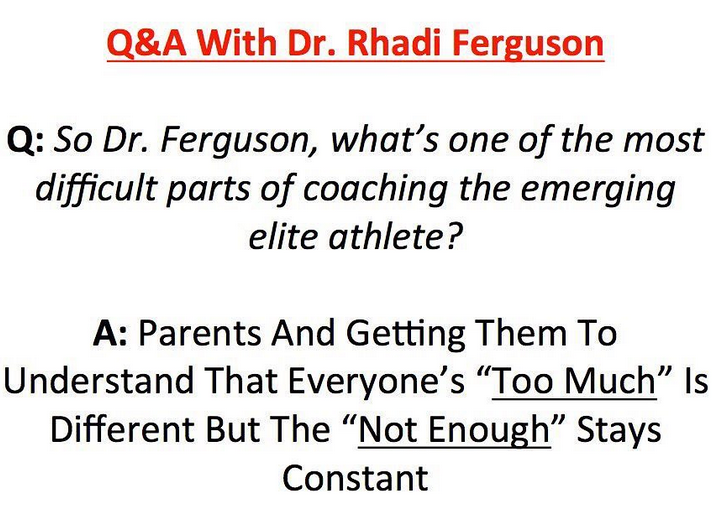 Parenting is a tough job.

I also understand that it is your job to prepare your child for life.

Currently, I’m a reading the book “Antifragile” by Nassim Taleb.  I’ve actually read two of his other books as well, “The Black Swan” and “Fooled by Randomness.”  His writings are not for those who want to read leisurely.  If you are not in the mood for mental gymnastics and meticulous reading, then this is not the person for you.   It is not an “easy” read…. Not ever, but… they are good ones.  I have learned a great deal from Dr. Taleb and this book is no different.

In Dr. Taleb’s book he explains the meaning of the antifragile.  He takes the time to walk the reader through the understanding that the word “fragile” really did not have an opposing word.

But is that really the opposite of fragile?

If we put the word fragile on a box that we are shipping, what do we write on the box? 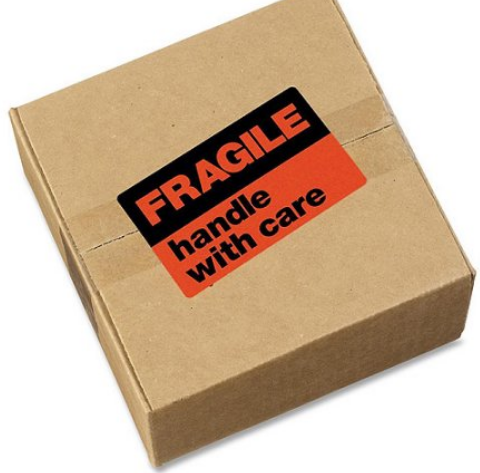 Well, the opposite meaning for fragile would be antifragile and that would mean that we shouldn’t handle it with care, we should hand it without care….carelessly.  I would argue that we should even purposely rough it up.

Most systems require antifragility for growth. Case in point, when it comes to training, there must be a stressor or an irritant to the system or environment for change. Removing exposure to this thing actually stops the growth of the system and/or body in the system.

Many parents seem to miss this when it comes to training.  But they get it when it comes to medicine.  In medicine, there are times when you need to damage the system on purpose in order to create growth.

I remember competing in the Olympic Games with a torn labrum in my left shoulder. It hurt like hell, but really allowed me to focus on my grip fighting and my positioning. After the Olympic Games, I returned home to get surgery on my shoulder. On my follow up visit after the surgery, I explained to the Physician that I had some pain on the inside of my shoulder that was not there before. This is when he explained, “Oh, that’s due to the microfractures I caused to your bone. The glenohumeral joint capsule does not get a lot of blood flow, therefore the labrum does not see much blood flow and you need blood flow in the area in order for your labrum to heal. So what I did was create some microfractures on your glenohumeral head.”

I replied, “Let me get this straight.  You BROKE the top of my humerus bone in a few places to help me heal up?”

He replied, “Well, you oversimplified it a bit, but yes.” 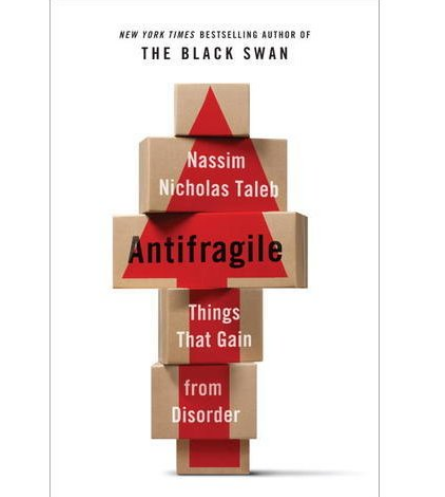 What I have noticed in coaching is that many parents want to run the coaching process like they run their parenting.  It does not work like that. Especially when you are asking the coach to present you with a different product than what you handed him or her.

The other issue is that, as a parent, most of the time,  you have NO CLUE what it takes to create that thing which you desire and if you talk amongst your friends, who don’t have a clue either, all of you will agree. You will be incorrect, but you will agree.

Let me give you this truth about HIGH LEVEL COACHING and HIGH LEVEL ATHLETICS.

Most Of That stuff In Those Course Books About Athlete Development, Sets and Reps, Program Design and Coaching Education is foolishness.

I remember watching Kerry McCoy prepare of the Olympics and he was doing sets of 50 with 275 on the squat.  That’s SETS… as in more than 1.  I was doing sets of 20s of 315 and some folks on a tour of the Olympic Training Center asked me, “So are you working out for strength or endurance because that’s more than 10-12 reps which would elicit strength.” I was young at the time and very different than I am now and my response was, “Get the f— outta here with that bulls—.” And then I went back to lifting.

I didn’t learn true program design until I studied under Juan Carlos Santana. With that being said, when it comes to those courses…Take them. Learn the info. And understand it. Hell, I teach it. It’s good to know… FOR A CERTAIN LEVEL OF EXCELLENCE. (And there are varying levels of excellence.)

Just understand that there is another level of training that cannot be put in a book because it would be professionally irresponsible to tell people THE TRUTH about training at “that level.” But don’t tell me that the training practices for success at “that level” are unnecessary or “too much.” Because your “too much” Is really…. NOT ENOUGH!

When the National Anthem is played…I also stand.

I stand because I have competed for the sole purpose of hearing the anthem play at the end of the day and there’s a sense of pride that I get when I hear it.

But I need for you to know and understand I was raised by parents who were born in the 1950s and drank from the colored water fountain. 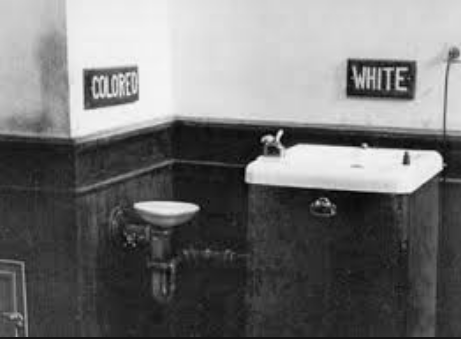 I am a very well read black man with means who has been pulled over by the police with and without their guns drawn on me for NO PURPOSE other than being black. The fact of the matter is this… protesting peacefully is one of the most american things that you can do in this country. No matter if people agree with your methods or not.

AND JUST REMEMBER….. the greatest moment of athletic protest that we’ve EVER had in this country was made:

2. On the medal stand at the largest and grandest athletic stage in the world, the Olympics

3. WHILE the national anthem (which they made play) was being played. 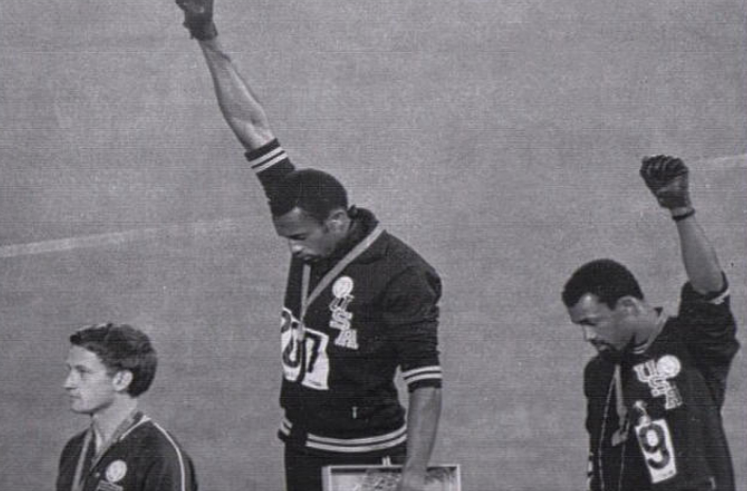 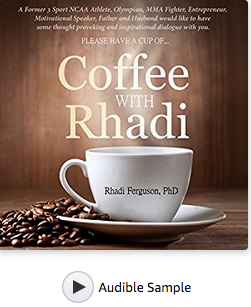 Thank you so much for reading this post of the #MarvelousMonday series and I hope you found it encouraging and I also encourage you to pick up my book which is available on Amazon, “Coffee With Rhadi.”

And of course it is available on Kindle and Audible and in paperback as well. 🙂

P.S. If you have not taken the time to donate to the Red Cross or the donation outlet of your choice, please do so. This hurricane season has damaged many areas from the southern part of the United States to the Caribbean and Mexico. I just ask that you make a small donation today.

I don’t do testimonials but this time I will make an exception. I am Kevin Jones, a 43 year old fun loving guy who treats his weight like a roller coaster. For years I have been under the illusion that I can drop weight at any time so I would be a glutton when I […]

I have learned so much about food, and the ‘relationship’ I had with food from Dr. Ferguson. I also learned that eating is just a manifestation of some other issues that I did not really want to address. I tried diets but dieting is not the answer. You have to create, as Dr. Ferguson says, […]

I am a single mother of four. And I can tell you right now that investing this this program was quite an undertaking but one that I am glad that I did. After our first appointment without meeting me, Dr. Ferguson told me that I was pre-diabetic, without even meeting me. He recommended that I […]